I grew up at the height of the conflict between science and religion. As a good Catholic girl who loved science, this created more than a little angst. I soon decided the “God is dead” people were probably correct. After all, who had ever proven that God exists?

The violence of Vietnam and white supremacist attempts to destroy the civil rights movement –including the assassinations of prophetic leaders such as Dr. Martin Luther King, Medgar Evers, and Robert Kennedy—all pointed away from the idea of a loving creator whose creation could in any way be considered good.

Plus, more than a few scientists sneered at religion, viewing it as rife with superstition, and an obstacle to progress. The Catholic Church’s suppression of reputable scientists who were also believers—such as Pierre Teilhard de Chardin, SJ—did not help. His soaring view of a God who could be found in all of creation was deeply inspiring to me. It also seemed too good to be true.

And so I became an agnostic. A scientific agnostic—or so I thought—as that seemed to be the truth of things and I could no longer pretend otherwise. Yet, while I no longer believed, it felt better to be around people who did. A Jesuit chaplain at Georgetown, William Kaifer, SJ, met with me almost every month. He posed questions, provided insight, and helped me understand it was ok to doubt. Mostly he loved and respected the integrity of my search. I faithfully attended daily Mass—albeit with a leaden heart—sitting alongside a beloved, believing, classmate. Looking back, I suspect I was secretly hoping to discover—or be discovered by—a God to believe in. A God who also believed in me.

Thanks to Fr. Kaifer and my believing friend, I got my wish. On a weekend retreat my senior year—through Fr. Kaifer’s unwitting mediation—I had a powerful experience of God’s love. I never looked back. Although I hadn’t solved the science-religion dilemma—and the world was definitely still a mess—I made a separate peace with it all.

I also retained a lifelong love for both science and religion.

Which brings me to a recent, rather remarkable change on the part of scientists who are studying the beneficial effects of religious practice. To their surprise they are finding such practices can lesson anxiety and depression, increase physical health, and even reduce the risk of early death. In his just-published book, How God Works: The Science Behind the Benefits of Religion, research psychologist Dr. David DeSteno cites multiple studies revealing how religious practices from around the world improve emotional and physical health.

Researchers compared subjects who engaged in certain religious practices with those who did not. They found statistically significant differences between the two groups. For example, the Christian practice of saying grace—gratitude—was found to increase empathy. The Jewish tradition of sitting shiva actually reduced the pain associated with grief. Japanese Shinto rituals related to childbirth were shown to insulate mothers from post-partum depression. Buddhist meditation reduced hostility and increased compassion. All of which led DeSteno to conclude:

“The ways these practices leverage mechanisms of our bodies and minds can enhance the joys and reduce the pains of life …. Rather than scoffing at religion and starting psychological investigations from scratch, we scientists should be studying rituals and spiritual practices to understand their influence, and where appropriate, create new techniques and therapies informed by them.”

As a lifelong pray-er and meditator, I am not surprised by DeSteno’s findings. As have many others, I find meditation often leads to an inner calm and a surprising stillness. After resting in the quiet presence of the God-beyond-all names I have sometimes experienced improvements in cold, flu and/or minor pain symptoms. Yet these physical improvements pale in comparison to the healing and transformation of my fears, angers, and other psychological hurts—all because of prayer to a God who is love right through.

What is the explanation for such phenomena? I have come to believe that as we draw near to the divine mystery, we cannot help but mirror the wholeness of a life-giving God who is One with all that is. For Christians, this great truth is revealed especially in the incarnation of Jesus Christ. Jesus taught us to pray. His own prayer—and ours—opens a portal to the One God in whom we live and move and have our being. This can only bring healing and life.

What do you think? What has the power of prayer and religious practice meant in your life? 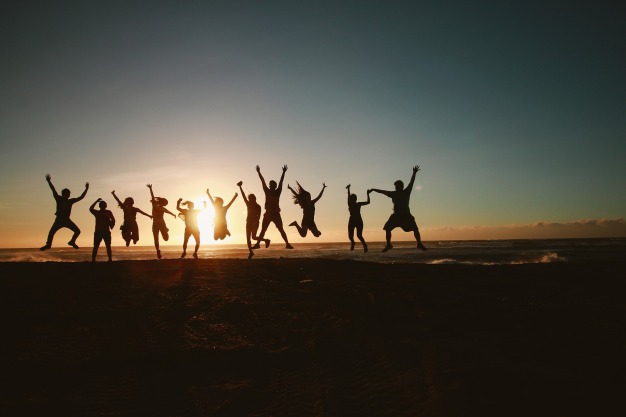 Sister Christine Schenk has worked as a nurse midwife to low-income families, a community organizer, a writer, and the founding director of an international church reform organization, FutureChurch. Currently she writes an award-winning column “Simply Spirit” for the National Catholic Reporter.

Her book Crispina and Her Sisters: Women and Authority in Early Christianity (Fortress, 2017) was awarded first place in History by the Catholic Press Association.

9 thoughts on “Science Discovers the Power of Prayer”